Drought and Famine Hit East Africa. Can you help?

Famine has officially been declared in South Sudan and, for the first time in recent history, there is a very real possibility of four famines — in Somalia, South Sudan, Nigeria and Yemen — breaking out at once. Twenty million people could face starvation within the next six months. International aid officials warn that this is one of the biggest humanitarian disasters since World War II. 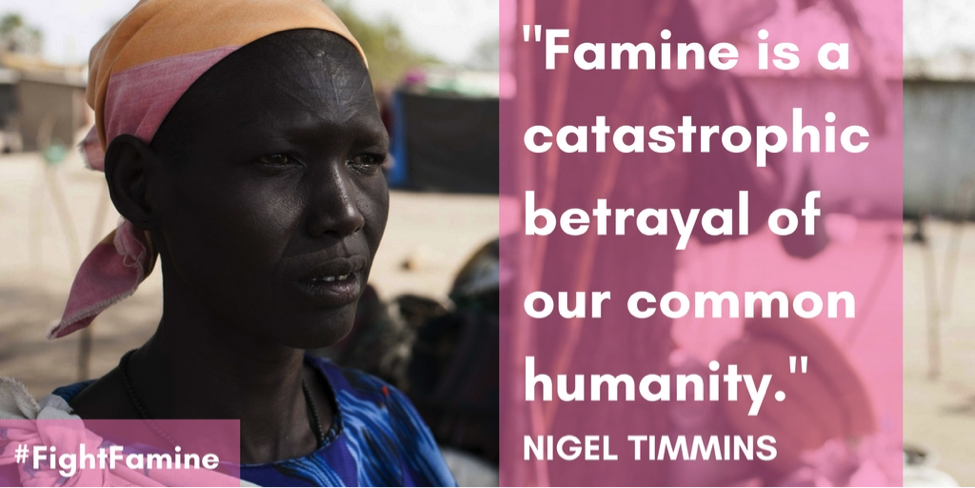 To understand how serious this moment is, we first have to understand that the word “famine” has a very specific definition. It does not simply mean a lack of food and water, rather a famine must meet at least three criteria before it can be declared, including:

Every person who will be a impacted by this crisis is a child of God, with a story and a family; with life hopes and dreams. They are our neighbors and our brothers and sisters in Christ.

So what can we do? The UCC has responded by sending $85,000 in aid. Our gifts, combined with those of our ecumenical partners, will help supply food, clean water, sanitation equipment, and more. These donations, important as they are, will not be enough to generate the billions needed to address this crisis. In this time of unprecedented need, U.S. leadership is especially required.

Urge Congress today to provide $1 billion in additional emergency funding in fiscal year 2017 to address the catastrophic needs of these four countries.  Further, call on Congress to maintain robust foreign assistance funding as it considers the 2018 budget. At less than one percent of the federal budget, foreign assistance is some of the most impactful money our nation spends. These funds are on the chopping block as Congress considers it’s 2018 budget.

Now is the time to speak out. Tell Congress to provide critical funding for famine relief!